We are in progress of the afternoon session of Day 2 of the 2013 State Wrestling Tournament.

In the consolation quarterfinal, won over Ryley Smude of Pierz by a score of 3-0. That match win gets Ryan on the podium at 220!

In the 126 championship semifinal, Kyle Drehmel had a great takedown to get the first score. Tied at 2-2, they went into overtime. Then the two went through double and triple OT. In the fourth and final OT, Kyle had to ride his BBE opponent for 30 seconds, but he kicked out at the six second mark for an escape point and the 3-2 win.

It was an exciting match and brutal loss for the Goodhue senior. Kyle gave a great effort as always! 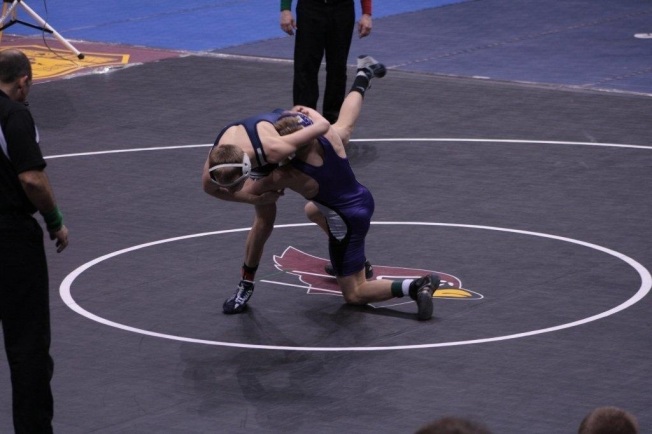