Senior Mitchell Breuer has hit another career milestone in the Goodhue Wrestling program. As a junior, he notched his 75th win and 50th pin of his career. And now early into his senior campaign, he’s hit the century mark – 100 career victories. 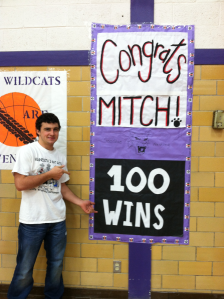 He earned his 100th victory in the first round of the Chisago Lake Invite on Friday, December 14th. Mitchell is now in his 5th year as a Varsity starter. And of those 101 victories he now has, a staggering 61 of them have been by pin!

With 5 wins by pin so far this year, he continues to close in on 75 pins for his career as well. He’s certainly on track to do it, only needing 14 more. Mitchell has pinned 15 or more opponents in each of the past two years, and pinned 12 as a freshman.

Congratulations Mitchell on 100 victories, and to the many more you’ll earn in your last two months of your career! 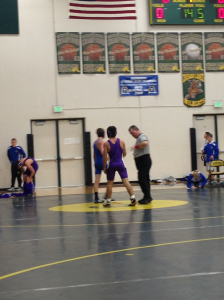